skip to main | skip to sidebar

I am not sure if you saw yesterday’s article in foreign policy.  http://www.foreignpolicy.com/articles/2010/07/19/chinas_billion_dollar_aid_appetite

Friends of the Global Fight

http://www.foreignpolicy.com/articles/2010/07/19/chinas_billion_dollar_aid_appetite?sms_ss=facebook
为什么是北京赢得了非洲国家为代价的健康补助？
China's Billion-Dollar Aid Appetite
Why is Beijing winning health grants at the expense of African countries?
BY JACK C. CHOW | JULY 19, 2010
Back in 2001, I was the lead U.S. negotiator in international talks meant to transform the way that poor countries fight some of the world's most pernicious diseases -- HIV/AIDS, tuberculosis, and malaria. Our vision looked like this: Instead of each country spending on its own, rich countries would pool donations into one coordinated fund that would give grants to help resource-strapped countries purchase medicines, build health programs, and prevent the diseases from spreading. We imagined the bulk of the money ending up in places like Lesotho, Haiti, and Uganda, where these three diseases have reached crisis levels. So it might surprise and concern you -- as much as it still does me -- to learn that one of the top grant recipients isn't in sub-Saharan Africa, Latin America, or impoverished Central Asia. It's a country with $2.5 trillion in foreign currency reserves: China.
COMMENTS (18) SHARE:
Twitter

Jack C. Chow served as U.S. ambassador on global HIV/AIDS from 2001 to 2003 and was the lead U.S. negotiator at talks that established the Global Fund to Fight AIDS, Tuberculosis and Malaria. He is currently distinguished service professor of global health at Carnegie Mellon University in Heinz College's School of Public Policy and Management.
发帖者 gnlm 时间： 15:35 没有评论:

This Week on Asia Report:

FROM THE XVIII INTERNATIONAL AIDS CONFERENCE IN VIENNA, AUSTRIA 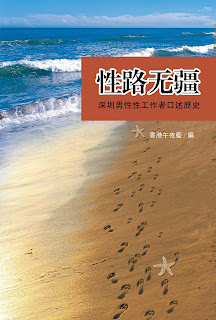